Click on the Links Below to Get the Facts:

Dating and domestic abuse are very common and affect people regardless of age, gender identity, race, socioeconomic status, ethnicity, or religion. A person may be a victim even if he/she is not legally married to the abusive partner, is gay, lesbian, or transgender, separated or divorced, or is abused by someone else in the household, such as a parent, sibling or child.

About Sexual Assault
It is never okay to engage in sexual activity without someone’s consent, even when dating or married. Sexual assault in a relationship rarely exists in a vacuum. It often occurs alongside other forms of abusive behavior. Talking with a professional in a safe, confidential environment is the first step to recovery.

About Teen Dating Abuse
Though estimates of dating violence vary, one study funded by the National Institute of Justice found the following results from a sample of middle and high schools in New Jersey, New York and Pennsylvania:

The No2DatingAbuse program of JBWS helps teens and young adults to identify types of abuse, provides emotional support and safety planning, and helps them to identify warning signs of abusive relationships. Looking for information on how parents can support a child that may be engaged in an unhealthy relationship?  Learn more.

About Child Abuse and Child Witnesses of Domestic Violence
Children who witness domestic violence are at risk of being physically harmed themselves and of suffering from emotional trauma and stress induced health problems.

The Facts on Children and Domestic Violence

Deirdre’s House, for child victims of abuse and/or neglect, is the only site in Morris County where a child victim can be interviewed and digitally recorded by law enforcement, medically examined and treated by a pediatric abuse specialist, prepared for trial, and clinically counseled in English or Spanish. See FAQ to learn more about child abuse, reporting and local resources.

Child Maltreatment Facts at a Glance

About Human Trafficking
Human trafficking shares similarities with domestic and sexual abuse. Abusers and traffickers use power and control to dominate their victims who are usually women. Common tactics used by traffickers include isolation, physical and emotional violence, sexual abuse and exploitation, financial abuse, threats to family members, use of children to manipulate and control their victims, withholding of food, sleep, and medical care, among others.

NJ Coalition Against Human Trafficking is made up of a diverse group including: faith-based organizations, non-profits, government agencies, law enforcement, and direct service providers based in NJ who come together with the mission of ending human trafficking in our State, country and the world through education, advocacy, and assistance to survivors. See the slide show: What is Human Trafficking?

Polaris is a leader in the global fight to eradicate modern slavery. Named after the North Star that guided slaves to freedom in the U.S., Polaris systemically disrupts the human trafficking networks that rob human beings of their lives and their freedom.

About Your Legal Rights and Procedures 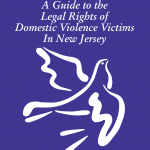